“In the history of the world, only one tomb has ever had a rock rolled before it, and a soldier guard set to watch it to prevent the dead man within from rising: that was the tomb of Christ on the evening of the Friday called Good. What spectacle could be more ridiculous than armed soldiers keeping their eyes on a corpse? But sentinels were set, lest the Dead walk, the Silent speak, and the Pierced Heart quicken to the throb of life. They said he was dead; they knew He was dead; they would say He would not rise again; and yet they watched!... Would He, Who “deceived” them into believing they won the battle, Himself win the war for life and truth and love? They remembered that he called His Body the Temple and that in three days after they destroyed It, He would rebuild it; they recalled, too, that He compared Himself to Jonas and said that as Jonas was in the belly of the whale for three days, so would he be in the belly of the earth for three days and then would rise again. After three days Abraham received back his son Isaac, who was offered in sacrifice… Now, once again, there was worry about the third day. Early Saturday morning, therefore, the chief priests and the Pharisees broke the Sabbath and presented themselves to Pilate, saying:

“Sir, we have recalled it to memory that this deceiver, while He yet lived, said, ‘I am to rise again after three days.’ Give orders, then, that His tomb shall be securely guarded until the third day; or, perhaps, His disciples will come and steal Him away. If they should then say to the people, ‘He has risen from the dead’, this last deceit will be more dangerous than the old.” (Matthew 27:63-64)

But Pilate was in no mood to see this group, for they were the reason why he had condemned Innocent Blood. He had made his own official investigation that Christ was dead; he would not submit to the absurdity of using Caesar’s armies to guard a dead Jew. Pilate said to them: “You have guards; away with you, make it secure as you best know how.” (Matthew 27:65) … “And they went and made the tomb secure, putting a seal on the stone and setting a guard over it.” (Matthew 27:66)

The King lay in state with His guard about Him. The most astounding fact about this spectacle of vigilance over the dead was that the enemies of Christ expected the Resurrection, but His friends did not. It was the believers who were the skeptics; it was the unbelievers who were credulous. His followers needed and demanded proofs before they would be convinced. In the three great scenes of the Resurrection drama, there was a note of sadness and unbelief.” 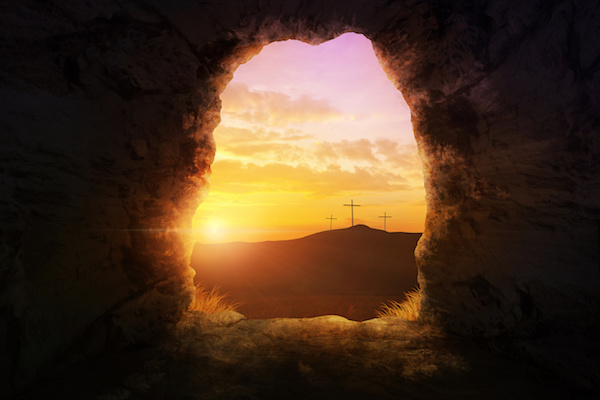